Making statements or releasing information is easy, but to do so in a manner that gauges interest and draws attention or desire to your product or service takes an understanding in persuasion that is often lacking. Recognizing the tactics in persuasion and applying them to your media release could very well be the recipe that makes for success. What exactly does it take to be persuasive? How do some people "sell" a product so fluently, what kind of sorcerery are they using? Watch the following video for a clear demonstration and explanation on the influence persuasion has on public reception and response.

The harness the magic of persuasion, there are a few simple set of rules to remember and always keep in mind. The basic general rules are as follows:

Now applying persuasive techniques in writing can be used by easily applying the PEEL technique. This simple technique was developed to help make writing more persuasive, compelling, and easier to read.

Following this basic structure and learning to use it effectively will help hold the readers attention and hopefully convince them of the value in your product or service.
Posted by Tora at 2:13:00 PM No comments:

The four main categories of media releases are:

Constructing a media release is no difficult task, a simple image search through a search engine could nab you plenty of templates to construct a basic media release. But you want to build a media release that will draw attention, resonate with its readers, and promote success.

One of the most important things to remember about a media release is that is is not an advertisement. But if it is written well, it could help generate exposure, and persuade your audience to the same or greater effect than a paid advertisement. A media release is used to make an announcement to the media releasing information on a product or service or a major change within an organization.

A media release is information released to the media, and must be an announcement important or large enough that it will be covered and garner attention. Avoid making your media release into a promotional advertisement, the media doesn't exist to provide your organization with free advertising. It is important to use your opening of your release to instantly communicate the message and gain the attention of the reader. Be honest and direct and avoid any conspicuous wording. Key elements must be present in constructing a successful media release, 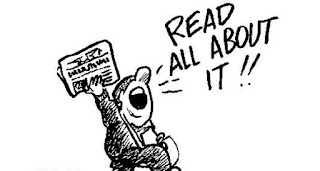